Emerging technologies, such as Uncrewed Surface Vehicles (USV), hold great potential for providing important air-sea interaction observations without shiptime. Saildrone®1 USV (Figure 1), manufactured and piloted by Saildrone, Inc., are powered by wind and the Sun, and are capable of traveling ~16,000 nm, for up to 1-year. The sensor suite (Figure 2) includes a 3-dimensional sonic anemometer mounted atop the mast at 5m, and a suite of sensors that could be used to estimate air-sea heat, momentum and carbon dioxide fluxes, and potentially even direct covariance fluxes of momentum (i.e. wind stress) and buoyancy flux. This pilot study comprised three missions to the eastern and central tropical Pacific (Figure 3).

The objectives of this pilot study were to (1) test the performance of the Saildrone USV within the low-wind and high-current environment found in the tropical Pacific, (2) validate these surface observations in comparison to NDBC Tropical Pacific Observing System (TPOS) and NASA Salinity Process in the Upper ocean Study (SPURS)-2, and (3) to explore the spatial and temporal variability of air-sea interactions in the eastern and central tropical Pacific.

This pilot study was funded by the NOAA’s Global Ocean Monitoring and Observing Program (GOMO) as one of its six technology development projects and a NOAA contribution to TPOS2020.  NOAA Office of Marine and Aviation Operations (OMAO) supported the 2018 and 2019 missions, and Saildrone, Inc. contributed two drones for each of these two missions. These supplements greatly expanded the scope of the original pilot study and are gratefully acknowledged.

1Saildrone is a trademark name; hereafter referred to without ® 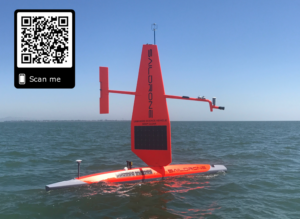 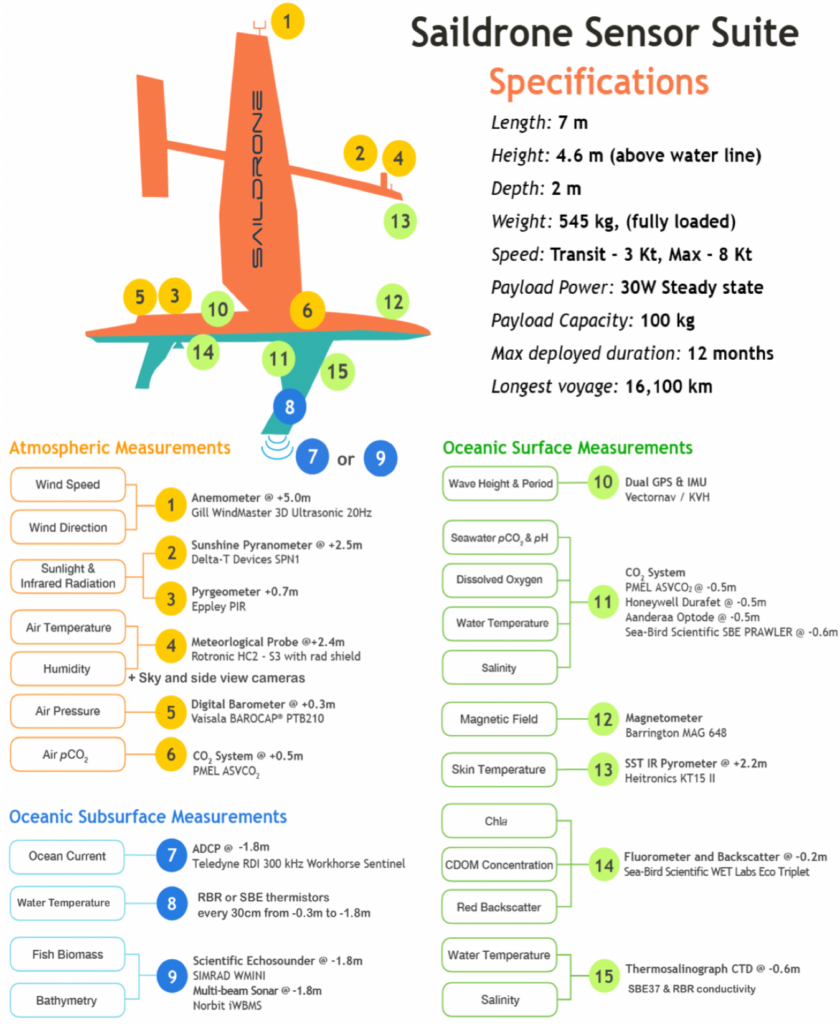 The TPOS Saildrone data can be accessed via

For more information on the TPOS Saildrone missions in 2017, 2018, and 2019, see NOAA/PMEL’s Ocean Climate Stations webpage.